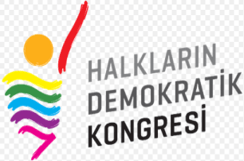 The HDK (Peoples Democratic Congress/Halklarin Demokrasi Kongresi) is a newly formed umbrella organization in Turkey. HDK was established in October 2011 and brings together various political and social movements, organizations and individuals around a broad-based peace with social justice agenda, with a strong social movement focus. Since its inception, the HDK has come to provide a platform for sections of society that have long been excluded due to their political beliefs, ethnicity, religion and sexual preferences. It also attracts a wider population that long for a more democratic and peaceful Turkey. As a result, in a short period of time HDK has built a significant movement across the country. However, The HDK and its members have suffered brutal repression both from state and non-state armed actors. Many of its supporters have been arrested, some are in prisons. How this movement builds strategy and mobilises for social justice issues in the highly authoritarian context of Turkey is the focus of this case.

“We came to realise that our difference and diversity was a positive thing, that we could learn from each other”