“We came to realise that our difference and diversity was a positive thing, that we could learn from each other”

What were the drivers behind the creation of the HDP?In the last 20 years a strong peace movement has emerged in Turkey. Kurdish lawyers, Kurdish intellectuals have played a crucial role in constituting strong human rights movements. The struggle of Kurdish women has created a great awakening, which led to a strong women’s movement in which women from different backgrounds: Kurdish, Turkish, Armenian, came together. Also sections of the workers movements, Kurdish and Turkish, have come together, particularly teachers and the public sector. Similarly, the rise of the Alevis struggles for recognition has contributed to this reawakening. In this climate of learning and doing things together, strong connections and relations between Kurdish and Turkish people and their respective movements have developed. During this period, the Kurdish press and media were also born. Kurdish newspapers, radio channels and Kurdish TV have played an important role in building awareness.The emergence of the HDP, I believe, rests on these relationships. Firstly, there was an increased recognition of the need to form new political alliances between the Kurds and Turks to overcome the emerging problems of Turkey. Secondly, a deep need for peace and democracy. Thirdly, an appreciation that nothing will change if we do not work together, a sentiment shared by diverse social forces, including the Kurdish movement as well as leftists.What have been the key learning strategies of the HDP? If I say we followed a conscious program, it would be an exaggeration. Having said that, we have adopted one of the unchallenged principles of both the Kurdish liberation movement and the socialist movement: learning from people. Both at the level of making/remaking our programme and (re)formulating our demands, we have organized large public gatherings. People do not have the same academic approach. They articulate what is important for them in simple ways. Sometimes, you just see whether they are interested or not through simple gestures and random comments. Our local communities organize meetings in their own constituencies to test out our political formulations.  Before any decision  is made, we just say lets ask the people to see what they think. The main idea is that we are connected and involved with the people and that everyone has something important to say. For me, learning from people is very important. Not just in terms of seeing their reactions and identifying their priorities but also you come to challenge your own prejudices and ideas. For instance, as a Turk, I came to learn that for Kurdish people the struggle for honour and dignity comes before the struggle for economic survival. I was unaware of my own economic reductionism in understanding the priorities of our people. Thus learning from people is a main method and principle of learning for us. I remember our first general assembly. It was so inspiring. It was the first time in Turkey’s history where we saw different people and groups coming together with their own identities and beliefs. We came to realise that our difference and diversity was a positive thing,that we could learn from each other. Everyone was in shock to see so many diverse opinions, beliefs and identities, that for so long had been denied and excluded. Ahmet Türk, a veteran Kurdish politician said ‘I have been waiting such a long time to see this scene. Now that I have seen it, I will not die in disappointment’. I will never forget his comment, as he has played such a key role in Kurdish movements and continues to pay a heavy price for that work. 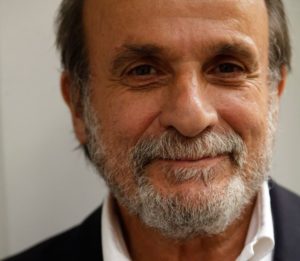 Ertuğrul Kürkçürepresents the city of Izmir for the HDP. Formed in 2012, the HDP is a union of diverse social and political movements including the Kurdish, left, trade union, women’s and environmental movements. It entered its first general election in June 2015, winning 13% of the vote. HDP is the third biggest party in the Turkish National Assembly, with fifty-nine seats. HDP is an anticapitalist party that aims to end gender and racial discrimination, and go beyond the ‘Kurdish versus Turkish’ dichotomy entrenched within Turkish political perceptions. Since the electoral victory in 2015, HDP has been under attack. On 10th October 2015, HDP co-organised a peace march in Ankara, which was attacked by suicide bombers, killing 103 people. Since then, thousands of its activists have been arrested, more than 600 of its local branches and offices across Turkey have been attacked. Its current leaders, along with 7 other members of parliament and several mayors, are in prison.