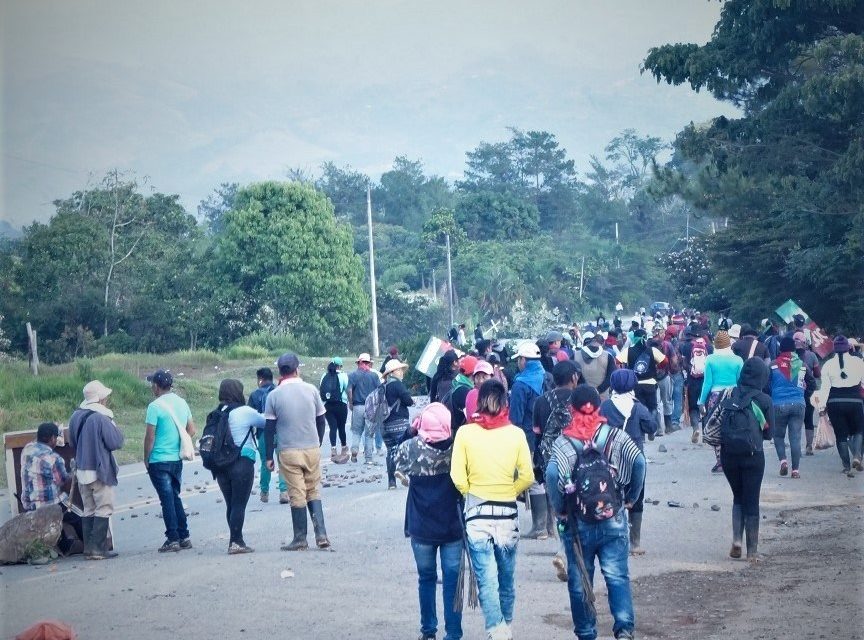 Photo: ACIN Mujer. Since early March, indigenous communities and social movements in Cauca in southern Colombia have been blocking the Pan-American highway. Their demands are centred upon concerns about ongoing violence against social movements; the rights of communities to decide over extractive projects and other economic activities in their territories; and respect for the autonomy of indigenous peoples in their territories, as well as a long list of historic agreements between the Colombian state and social movements which have not been honoured by successive governments.

Social movements from 9 countries wrote to President Duque, denouncing the violence being used by security forces against protestors, and voicing support for the social movements’ legitimate demands, and calling for President Duque to heed the Minga’s demands for him to travel to Cauca and meet them in order to engage in dialogues.  See the letter attached to this post.

Letter to Pres. Duque in support of Cauca Minga-6